The Mackenzie Basin covers the catchment of the Waitaki River, the third largest catchment in New Zealand. The river catchment stretches from Lindis Pass in the south-west up past the northern edge of Mt Cook National Park (about the same latitude as Christchurch).

For many centuries the land that now forms the Mackenzie Basin was mostly covered in indigenous forest. However the arrival of Māori then Pākehā led to the gradual burn-off of the vegetation. The area was named after sheep rustler James Mackenzie, who in 1855 was thought to be the first European to have crossed Burke’s Pass. He grazed his stolen sheep on the by-then dry tussock landscape.

The Mackenzie, though, was well known to Māori and the Pass (then known as Te Kopi Opihi) was used as a route to the well-stocked inland Lakes Tekapo, Pukaki and Ohau, and its many rivers for gathering mahinga kai.

Further south runs the Waitaki River, the boundary between Canterbury and Otago, also known to Māori for rich sources of mahinga kai.

The geographic scope of the Mackenzie Basin Agency Alignment Programme

In 1844, the first Europeans arrived in the Waitaki area, guided in from Moeraki through the Lindis Pass by local Māori. Although they did not stay, the visitors drew maps of the area which helped others find the way in.

By 1860, almost the whole Waitaki Valley was settled, with land allotted to European farming settlers on a first-come, first-served basis. High wool prices in Britain and the discovery of gold in the Maerewhenua River meant the new arrivals prospered.

Farmers replaced native grasslands with trees and pasture, and introduced a range of pests: gorse and broom, wilding conifers, lupins, cotoneaster, hieracium (hawkweed), rabbits and hares, feral cats, rats and stoats – all of them harmful to the local ecology and an impediment to grazing for sheep.

Demand for electricity generation led to construction of the 36 metre high Waitaki Dam, near Kurow, in the 1930s. A 25 megawatt power station at Tekapo was completed in 1951 and the big 110 metre high Benmore Dam was finished in 1965.

Three years later the Aviemore Dam completed the series of three dams and hydro lakes on the lower Waitaki River.

To accommodate the many dam workers, Twizel was established on what was to become the shores of Lake Ruataniwha. It is now a thriving holiday town, and the lake hosts major national rowing championships every year.

The steadily growing influx of tourists to and through the Mackenzie has created pressure on popular scenic areas around Pukaki, Tekapo and Aoraki Mt Cook village, and the growth of freedom camping in the area is threatening indigenous flora and fauna, particularly next to lakes and rivers.

The Mackenzie Basin comprises dryland, braided river, lake, wetland and montane ecosystems. Some of these, such as dryland systems, are under threat. Drylands are New Zealand’s least protected and most threatened ecosystem, with 70% lost and only 3% currently protected. Each ecosystem supports a diverse array of native flora and fauna species, some of which are endemic to the Basin. Some of the unique species found here face pressure from habitat destruction, mammalian predators, wilding conifers, competition and climate change. There are more than 80 threatened or at-risk species in the Basin, including several species of birds, lizard, fish, invertebrates and plants.

Native ground-nesting birds such as kakī breed on the short-statured or sparsely vegetated outwash plains, wetlands and in braided riverbeds over the spring – early summer months. Loss of habitat and introduction of mammalian predators led to kakī numbers plummeting, and the species was on the verge of extinction when the Wildlife Service launched a successful recovery programme in 1981. The recovery programme focuses on protecting eggs and chicks from predation through captive rearing and release, and predator control at the main kakī sites. The population has gradually grown over the past 39 years, with more than 130 kakī in the wild now (23 in 1980, 31 in 1999).

The Basin is home to lizard (skink and gecko) species, five of which are classified as threatened or at risk. Threats include mammalian predators and habitat destruction.

Some 30 terrestrial invertebrate species are found in the Basin. Many are classified as threatened or at risk. Many of these are either endemic or the Basin is their stronghold. One example is the endemic Robust grasshopper (Brachaspis robustus) which is only found in the Mackenzie Basin. This large, distinctive grasshopper lives in dryland and braided river systems and is well camouflaged. It isn’t good at hopping and tends to freeze when threatened, making it particularly vulnerable to predation by mammalian predators such as hedgehogs. Conservation work to protect this species involves construction of a predator-proof fenced-off area and ongoing research.

There are 200 threatened, at risk and data deficient plant species in the Waitaki catchment, of which 109 are found in the Mackenzie Dryland zone. Many of these species are endemic to the Mackenzie Basin, or specific habitats within the Basin, or are dryland species with their national stronghold in the Basin. For example, Muehlenbeckia ephedroides grows in the upper Waitaki Basin. It favours open, dry, free-draining fertile soils such as outwash gravels and river terraces. Classified as nationally vulnerable, this species’ stronghold is in the eastern South Island. In the North Island it is highly threatened and has become locally extinct in some areas.

Biosecurity - introduced pests and their management

The Department of Conservation’s Project River Recovery involves removal of thousands of willow trees from braided rivers and widespread spraying of lupins, gorse and broom and other weeds in the Tekapo, Ahuriri and Pukaki Rivers, together with creation of wetlands.

Te Manahuna Aoraki is a new programme chaired by former Commissioner for the Environment Dr Jan Wright. The programme aims to restore the iconic natural landscapes and threatened species of the Mackenzie Basin through creation of a 310,000-hectare pest free mainland island. Founding partners include DOC, NEXT Foundation, Te Rūnanga o Arowhenua, Te Rūnanga o Waihao and Te Rūnanga o Moeraki. They are joined by high country runholders, Land Information New Zealand (LINZ), the Ministry of Defence, and other philanthropists.

The mainland island site includes New Zealand’s highest mountain, Aoraki Mt Cook, which together with neighbouring mountain ranges will protect and enclose two-thirds of the project area from most reinvading pest species.

Within the site lie lakes Pukaki and Tekapo, and the extensive braided river systems that feed them. At the southern end of the valleys lies the Tekapo hydro canal which offers a potential defensive line against reinvasion by introduced animal pests. Predator-proof fencing is also being investigated. 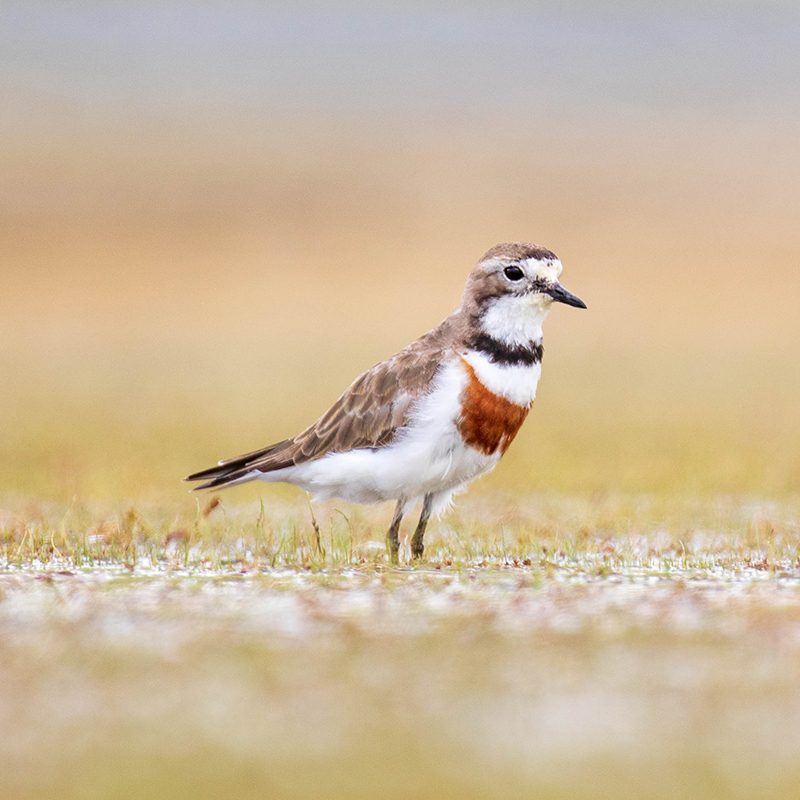 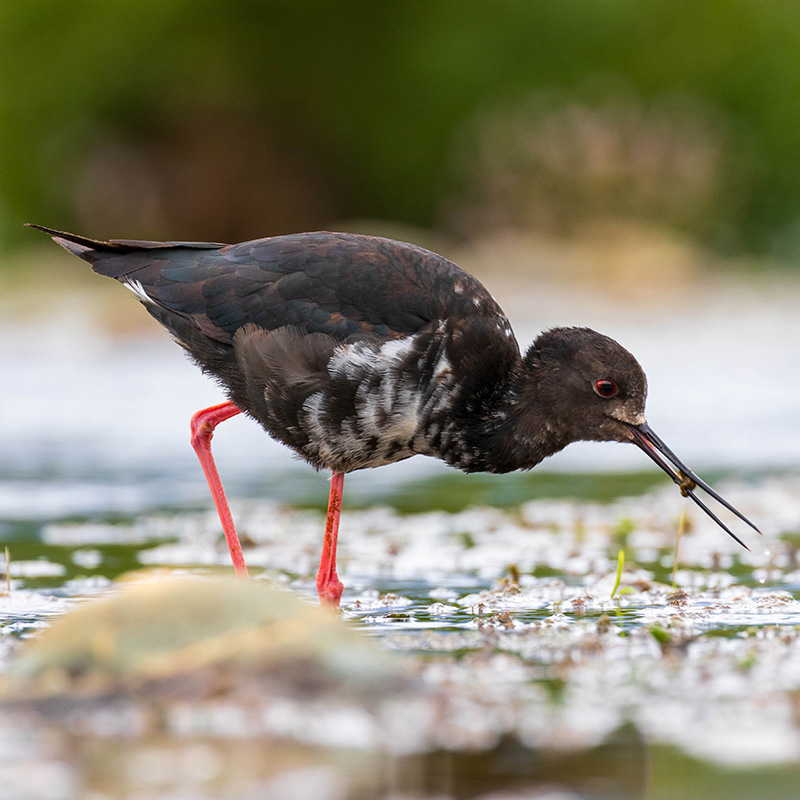 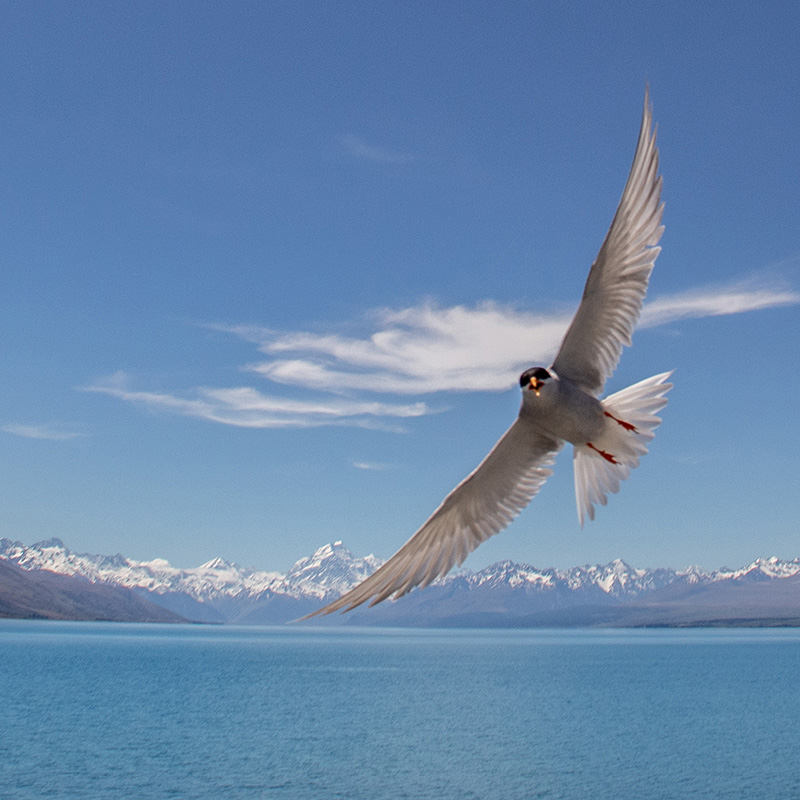